The first grapes were planted at Great Western during the 1850s as the gold mining boom receded and people looked for a more permanent means of livelihood. Best's vineyards planted in 1868 include grape varieties so rare that several have defied attempts at identification and are, in all probability, the sole surviving examples in the world.

The Grampians has enjoyed a long history of viticulture dominated by production of red wines of longevity, elegance and power. Silky smooth Shiraz with flavours and aromas of red cherry, plum, spice and pepper is typical of the regional style.

At Best’s Great Western, we are recognised internationally for the outstanding quality of our Shiraz. 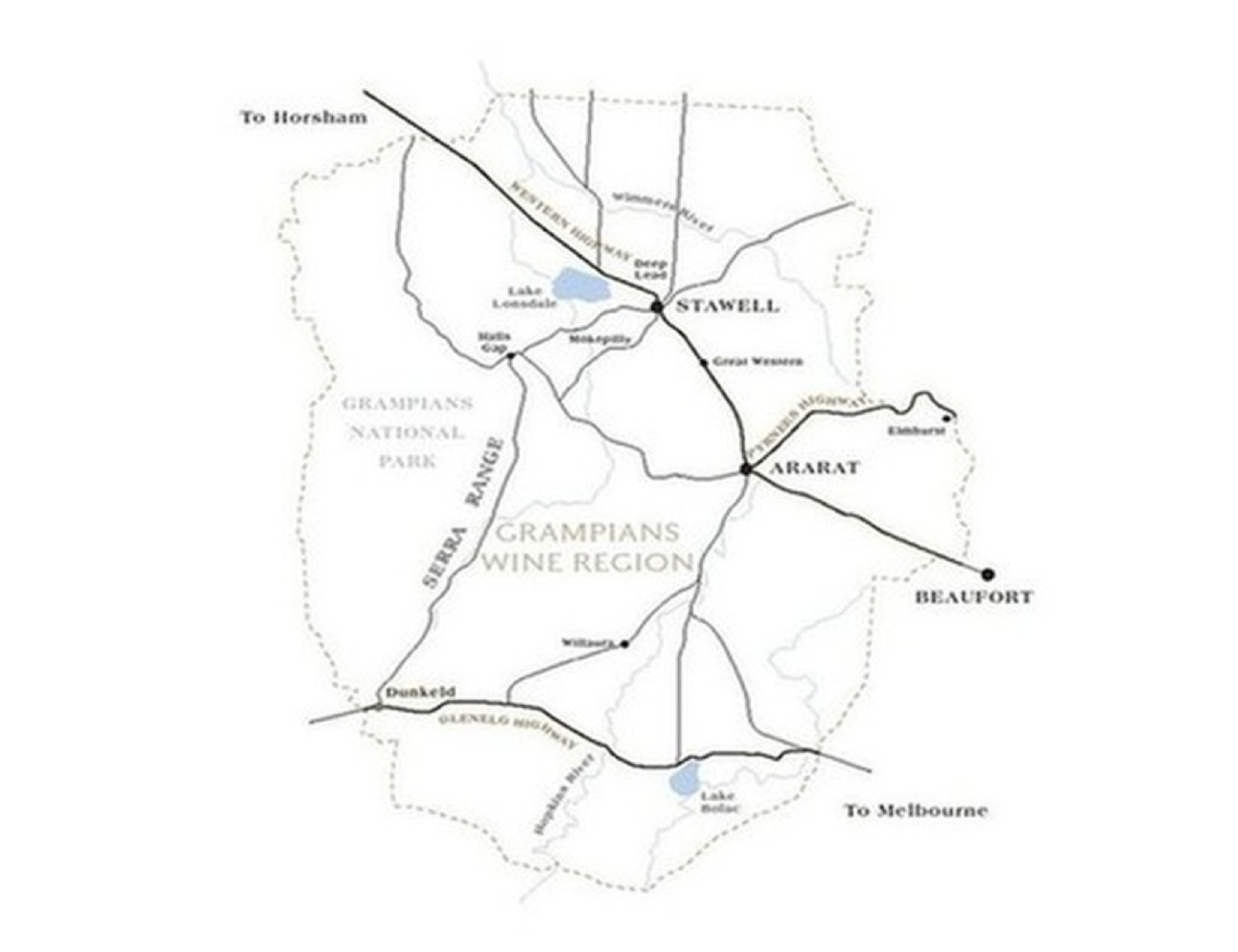 The soils in the Great Western vineyard range from hard setting silt over clay to friable clay loams. In general the soils and vineyards are low yielding and retain moisture very well, essential in a region with limited rainfall. The altitude of the Grampians region results in lower than average temperatures than that of the Central Victorian wine regions to the east.

The climate of the region is of a Mediterranean sensibility, the proximity to the Southern Ocean (100-200km) providing a cooling influence during summer. Recognised as a cooler climate grape-growing region, the growing season in summer is characterised by warm to hot days, but with nights that are cool to cold. Autumn is mild and reliably produces the most pleasant weather, perfect for ripening grapes in benign conditions. The region is especially well suited to later ripening red varieties, particularly Shiraz.

Watch this short video of the Grampians Winemakers talk about Shiraz from the region.